A tactical RPG set in a medieval fantasy world 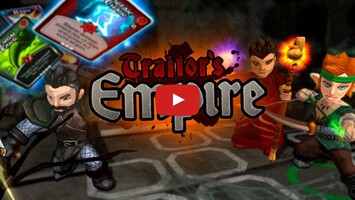 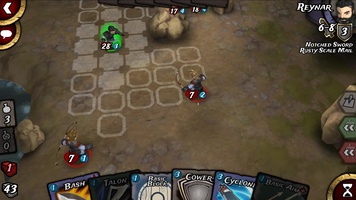 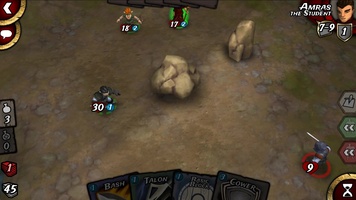 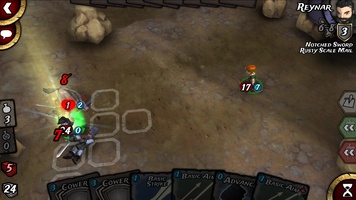 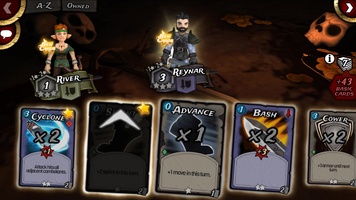 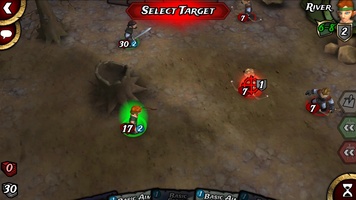 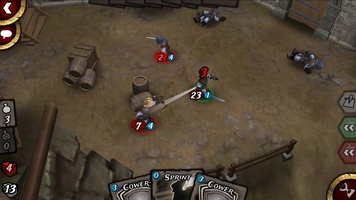 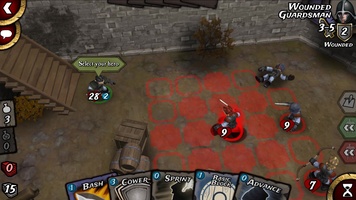 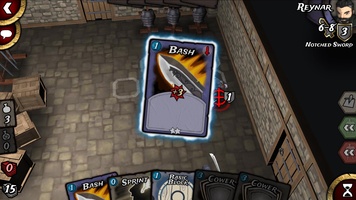 Advertisement
Traitors Empire is a turn-based RPG where you can lead a group of rebels in the fight against an oppressive kingdom. The game begins with your protagonist, Reynar, locked in a prison, but you'll soon escape and meet your comrades.

The combat system in Traitors Empire combines SRPG gameplay with a card system. In each turn, your character carries out one move and one attack, and you can use as many cards as you want, so long as you have enough mana. Most cards give you an attack or defense bonus, but some allow you to move farther or use special attacks.

Traitors Empire has a strictly linear game development. The story begins with your protagonist escaping from prison, and from that moment on you'll battle your way through the main campaign. Along the way, you'll meet new characters that will join your group of rebels, level up your characters, and get new cards.

Overall, Traitors Empire is an excellent SRPG, with an entertaining and unique combat system. And, as if its classic story mode wasn't enough, Traitors Empire also has a PvP mode where you can compete against other players' teams online.
Reviewed by Andrés López Translated by Jasmine
Advertisement

Why is this app published on Uptodown?
(More information)

How do I change the language to Portuguese?

Vampire's Fall: Origins
Will you be the hero that the world needs?

Heroes Infinity: Gods Future Fight
Create your team of heroes to fight against evil
Masha and The Bear Jam Day Match 3 games for kids
Match fruits and unlock rewards for Masha
PianoTiles 3
Test your reflexes in this music-based game
The Mergest Kingdom
Merge identical objects until you create the island of your dreams
Wonder Merge
Return the lost magic to a pretty fantasy world
Meteor 60 seconds!
Only 60 seconds until the end of the world. What will you do?
Word Wow Big City
Form words to get the worm to the ground before time runs out
Candy Crush Friends
Return to the kingdom of candy with all your friends